What Happened Here is a video game concept, based on a dream I had years ago, and is inspired by Black Mirror, Cosmos a Space Odyssey and Fringe. And is an exploration of humanity, technology and the world around us.

One of my favorite aspects of creating What Happened Here was designing the User Interface (UI) for the game. For many years I have customized my interface in World of Warcraft, and it was a great experience to take the lessons I’ve learned from this and create a minimal UI.

Of the requirements for the interface, one aspect that was very important for the design, was to keep it minimal. As a gamer, I’ve experienced first hand how showing more data on screen, does not give you more information. Especially not in intense in-game situations.

One of my favorite kind of gaming meme speaks to this directly. It’s interface from different players, in which their entire screen will be covered by over-sized addons; raid frames covering the bottom, center spammed with in- and outgoing damage, encounter information all across the screen.

As with other types of interfaces, it is key to be shown the right information at the right time, and make it stand out. Neither of those two are possible when the entire interface is covered with different texts, symbols and loading bars. Accessibility in web and video game design, is not always in focus for every company. A part of me can understand, you can’t make everything for everyone, but it also means that there’s less innovation within the space.

So for the “What Happened Here” UI I wanted to look at a game that has been praised for doing some of the work.

Despite Overwatch having its problems with its toxic community, and cheaters, one of the things I’ve admired about Overwatch, is its commitment to be a game that is trying to accessible to a broad audience.

The game is trying to be inclusive in the variety of its heroes, has been praised for being accessible for people with who don’t have (full) use of both their limbs, to play the game. Gamers such as Erin Hawley / The GeekyGimp, who has muscular dystrophy, promoted the game in their stream.

The developers have released several iterations of their color adjustments, to cater to people with different versions of color blindness.

I think this kind of inclusion, just being able to take part like any other person, can be so empowering. Gaming is such a great way to recharge and reset your thoughts, and we can all use that sometimes.

We still have a long way to go, but I hope recognition for the people doing the work, and promoting accessibility as an asset, and something I hope to see more of. 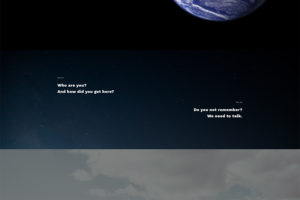 The Power of Aesthetics In Digital Marketing